Anas bin Malik (ra) reported that the Prophet (saw) said, “There are three qualities whoever has them, will taste the sweetness of iman: To love Allah and His Messenger (saw) more than anyone else; to love a slave (of Allah) only for (the sake of) Allah; and to hate returning to infidelity after Allah has saved him from it as he would hate to be thrown into the fire (of Hell).” 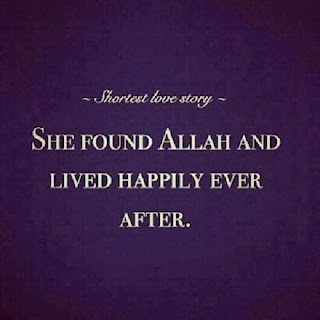 True love #1 is to love Allah before men. To love Allah with zero conditions and to be attached to Him and only Him, not your spouse, not your kids and not even the dunya. 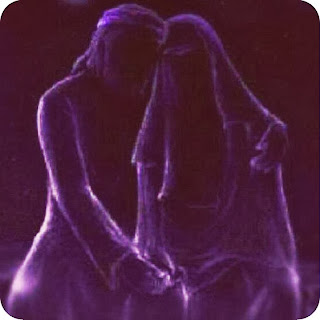 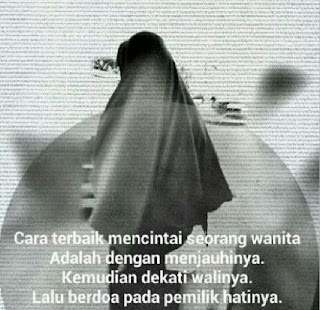 (The best way to love a lady
Is to keep your distance from her.
Then approach her wali.
And make dua for her.)
Posted by Ghuraba at 21:11 5 comments:

To start off, I just want to ask for sincere forgiveness from everyone - whoever that is reading this post, yeap that includes YOU, if I ever hurt you in any way, if I ever said things directly or indirectly, intentionally or unintentionally or if I ever influenced you in a bad way, if I ever backbit or slandered you, I truly am sorry. Please forgive me. Or if I owe you money that I have forgotten, do let me know insha Allah. Let's start over a new leaf. New us. New tomorrow. For the better. For His sake only. 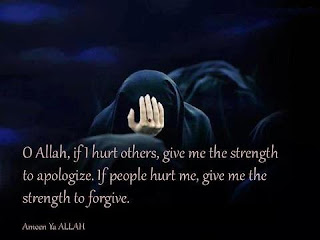 I wish to be one of the ghuraba insha Allah, that's why I've changed my display name to 'Ghuraba' ;) bukan perasan (takut jugak perasan) but insha Allah let's strive to be that ghuraba our beloved prophet Muhammad (saw) talked about in the hadith below : 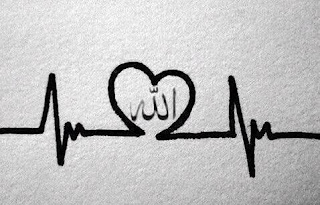 Narrated Abu Huraira Radhi Allahu Anhu: I heard Allah's Messenger Salallahu 'Alaihi Wasallam saying : The first of the people whose case will be decided on the Day of Judgement will be a man who died as a martyr. He will be brought forth. Allah will make him know about His blessings (which He bestowed on him in the world). The man will acknowledge them, Then Allah will ask him: What did you do with them? He will say : I fought in Your way until I died as a martyr, Allah will remark : You are lying. You fought so that you may be called a brave warrior. Then orders will be passed against him. So he will be dragged along on his face and cast into Hell.

Second will be a man who studied religious knowledge. Then he taught it to others and recited Qur'an. He will be brought for judgement. Allah will remind him of His favours (showered on him in the world). He will admit them. (having enjoyed them in his life) Then Allah will ask him: What did you do with them? He will reply : I acquired knowledge and imparted it and also recited the Qur'an for Your sake. Allah will observe : You have told a lie, for you got knowledge to be renowned as a scholar; and you recited the Qur'an to be marked as a Qari (one who recited the Qur'an according to the rules). Then orders will be passed against him. So he will be dragged along on his face and thrown into Hell.

Third will be a man to whom Allah had made abundantly rich and granted him every kind of wealth. He will be brought for judgement. Allah will let him know about His gifts conferred upon him in the world. He will recognize them. Then Allah will inquire : What did you do with them? He will say : I left no way in which you like money to be spent without spending in it for Your sake. Allah will say : You are lying. You did so to be described as generous (in the society) ; (It means you got your reward in the world according to your intention*). Now you deserve nothing in the Hereafter except Hell). So orders will be passed against him and he will be dragged along on his face until he will be hurled into Hell.

Subhan'Allah, how scary is that? Therefore, let us all renew our intentions of doing every single thing, for Him and His sake only. May all our actions in the dunya benefit us in the hereafter. Ameen.

Back to the old blog 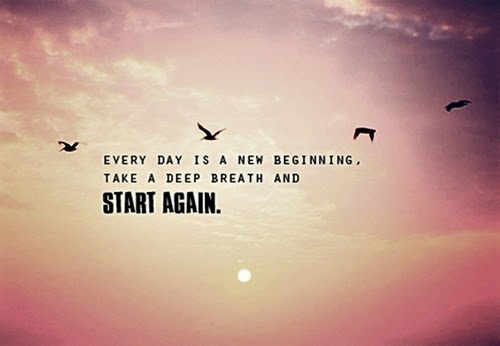 So...yeah as the title goes, I am back to the old blog!

I am really really sorry for the confusion. After some thinking, du'a and istikharah, I have decided to be back on this blog. So yes, will be posting stuff here insha Allah, not on the new one anymore, please forgive me for my indecisiveness before, but insha Allah will be posting stuff here from now on. And will be transferring the posts from the new blog here. Hee.

Just another slave of His, wanting to be better than yesterday. And trying her best to stop making this dunya her home. because...

other blog of mine